Speaking at the Janssen Conference by Tallulah

Speaking at the Janssen Conference by Tallulah

I often wonder what I’d be doing right now had I not been on the trainee scheme at IJP. Although I’ll never know, one thing I do know – I wouldn’t have stood up in front of over 500 and told a very personal story on Tuesday, at the Janssen Conference.

When I was asked a couple of months ago, I was absolutely honoured, although hadn’t really acknowledged what it would involve and how I’d really feel. I didn’t think twice about it though, as I feel so grateful for the support IJP has given me and to Janssen, who essentially without them as our key client, the trainee scheme wouldn’t run – therefore I owe it to both of them as a testament.

I’ve also had the massive privilege and responsibility of making one of their conference films too (see earlier blog post) about their corporate social responsibility.

I’d be lying if I said I wasn’t nervous – I was terrified. I’ve always been naturally shy and quiet, but added with my struggles with anxiety, it makes public speaking very daunting.

We were invited to the first section of the conference, we sat through MD, Mark Hicken and other guests’ presentations, then it was my turn. The CSR film I made was shown (which can I mention, seeing a film I’ve made on four large screen at the same time was the most exciting thing ever), then I was introduced on stage.

I spoke to Mark and the audience about why I applied for the trainee scheme, how life was before, the difference IJP has made to me and why it’s so important that Janssen support us and similar organisations. 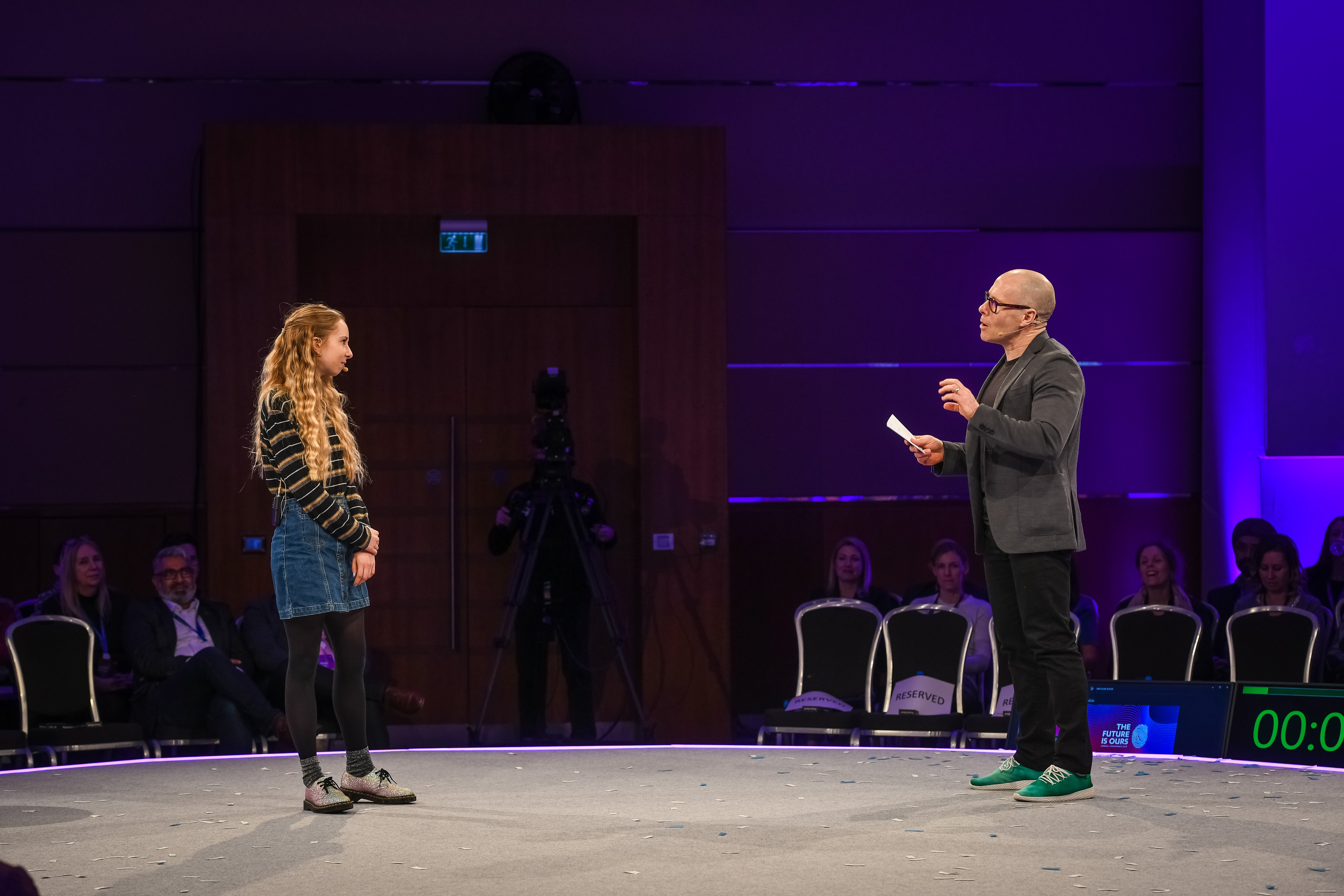 I know it sounds totally cliche, but when I was on stage I almost forgot the audience were there. I was nowhere near as nervous as I was in the lead-up to it and challenging myself felt really good. The audience gave the biggest applause (in Mark’s words!) and it humbles me that my words seemed to touch a lot of people.

What I find amazing about opening up about my experience with mental health problems (which can I add is by no means easy), is that it encourages others to do the same. The number of people who came up to me afterwards, not just to say well done, but to relate it to their own battles and share those with me, was really special to me.

I feel really privileged to have had this opportunity, and like with many things I’ve done with IJP, it’s definitely pushed me out of my comfort zone and proved to me that actually I can do things I didn’t think I could.

So I have Ann, IJP and Janssen to thank!