A week of shoots by Tallulah

A week of shoots by Tallulah

For me, filming is my favourite part of working at IJP. Going out there and doing it. I love the fast pace of shoots, meeting and working with new people, learning from them and seeing an idea come to life.

As you’ll know if you’ve read my other posts, mental health is something I’m really passionate about, so using film as a platform to communicate and raise awareness of this is something I find really empowering.

My first shoot was for Happiful Magazine, to promote CLASP’s upcoming Walking Out of Darkness events, raising awareness of mental health and suicide prevention.

The shoot was in Battersea Park and I had the pleasure of interviewing mental health campaigners, Hope Virgo, Jake Tyler and founder of CLASP charity, Kenny Johnston.
It was probably one of the most challenging shoots I’ve been on recently, because of the flight path the park is directly under – we had constant sound from planes going over, as well as wind, dogs, runners, footballs, pushchairs… all the park had to offer! However, we took another young person on the shoot as a sound operator, and he was brilliant. 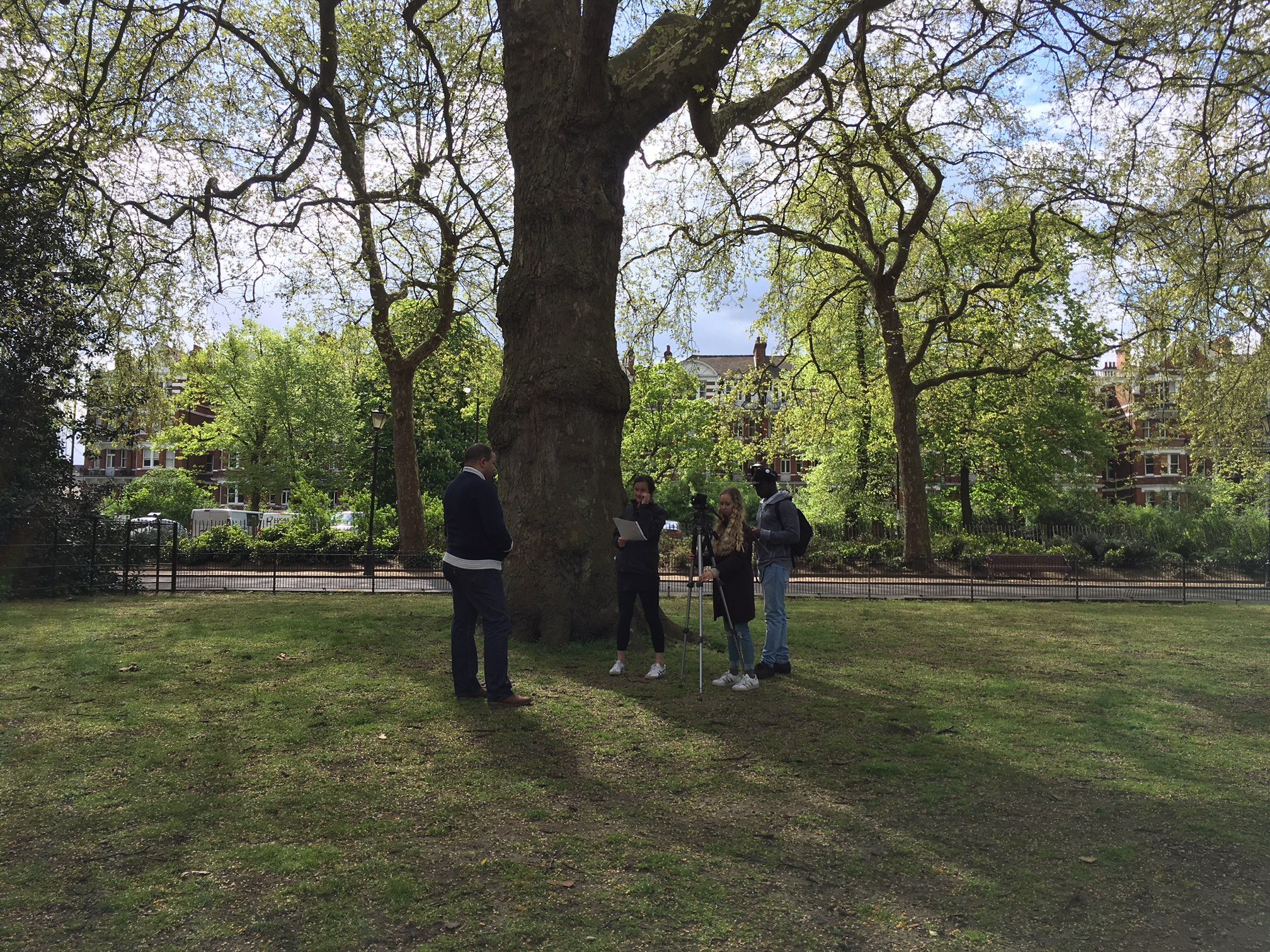 The shoot was a success and I look forward to sharing the films with you soon!

My second shoot was at a photography exhibition called Girl Behind the Lens, by WomanToWoman Project, a social enterprise helping women with mental health needs.

I was actually quite nervous about this shoot, as it was my first client shoot for IJP where I was completely alone… a one man band! I really enjoyed it though, the exhibition work was super inspiring, I met some wonderful people and had a great evening.

It can be really difficult directing/producing, shooting and doing sound without other crew members, as you have no one to bounce ideas off and you’re fully responsible for every aspect. I was really proud of myself and felt I had pushed myself a lot, both in confidence and in terms of skills as a film-maker.

You’ll be able to see both films soon on our website!